It is the longest running International Hockey Series in the world. This year was the 84th edition to this historic hockey rivalry.   It is a game of skill, sacrifice, and tradition.  It is a game where Truth, Duty, Valour meets Duty, Honor, Country in a battle of excellence.

It was a tense and thrilling 60 minutes for Alumni, Staff, Cadets, and fans of the Paladins.  The crowd roared with chants of RMC, RMC, RMC!  I think everyone in the arena held their breath at the start of over time where both teams exchanged break aways, until #16 Cole Noble scored the game winning goal.  For the first time since 2002 the RMC Paladins Varsity Men’s Hockey team had beat the USMA Black Knights 3-2.

The support provided to the RMC Paladins Hockey team comes directly from our Alumni.  The jerseys, the team room upgrades, the in game analytics software, the team apparel, equipment manager, skate sharpening equipment, the rental fees for ice time all come from the men who have played this game before them.

Our alumni understand the significance of this game, and the importance of this program and how it builds leaders.  Our alumni have won together, they have lost together, and they have become leaders together.  They have built a brotherhood on and off the ice that has spanned decades.

More than 50 former RMC Redmen and RMC Paladins returned on the 18th of January to support the newest members of this brotherhood.  They returned to reconnect with their fellow teammates, to connect with our future leaders, and to continue to support this program.

I reached out to two former RMC Redmen from the Class of 1995 who shared their thoughts below on the RMC Varsity Hockey Program and how it helped shape their future careers. The game and actions of RMC and Westpoint hockey teams on Saturday night reinforced for everyone, in attending or participating, that although we are fierce opponents on the ice… we are most importantly friends, partners and allies thereafter. Sitting in the Constantine dressing room, with the alumni group, as well as interacting with Coach Lim and the team, reminded us of our shared values, leadership principles and strength of friendship that were forged within the RMC varsity hockey program.  The play of the 2020 RMC team certainly held up the moto on the entrance door to their dressing room “Heroism is the endurance to go one step further” – Truth, Duty, Valour – 19787 Derron Bain, Class of 1995

The leadership lessons learned in the RMC Varsity dressing room served me well in my military and civilian career as a pilot.  Most of these lessons were not built on wins or grand successes but on challenges faced together with the greatest, lifelong friends.  Being in a leadership position on a team full of future leaders was a privilege I will always be thankful for. 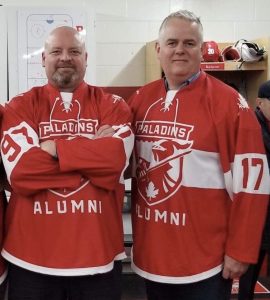 As far as this past West Point Weekend is concerned, the Alumni events far surpassed my expectations.  Meeting a fine young group of hockey players in the morning brought me instantly back twenty-five years to my last West Point game.  To cap off a day of events with great friends watching RMC win in overtime was nothing short of awesome!  Anything as an Alumnus I could do to help support Coach Lim and the program he runs, and for the players to be given the life forming experiences I was fortunate enough to have, is time and money well spent.  Of course, Jeannot Boucher and Troy Neufeld were the organizers and deserve the most credit for the Alumni weekend taking place.  Well done and many thanks!- Truth, Duty, Valour – 19884 Kevin McNaughton, Class of 1995 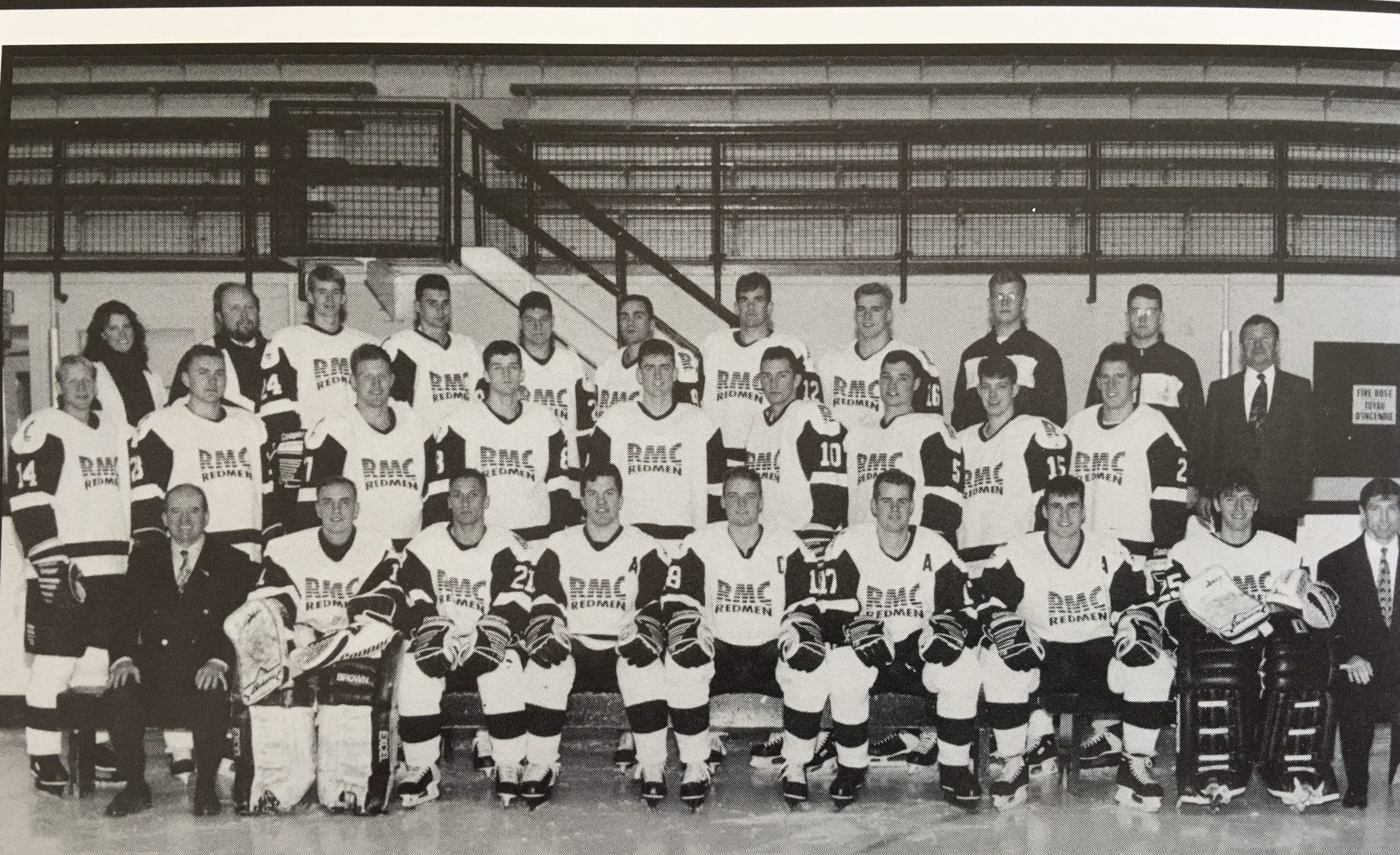 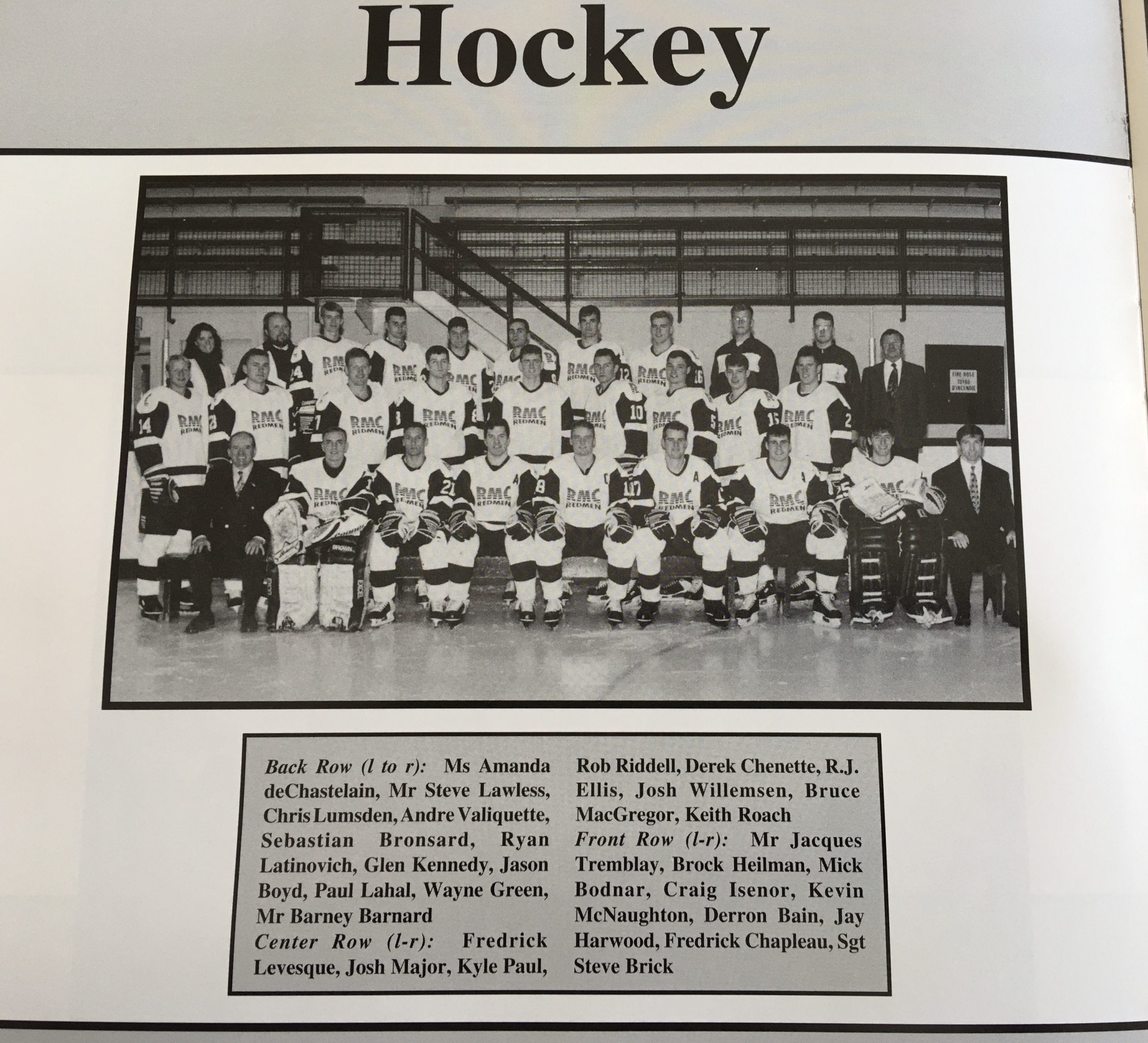 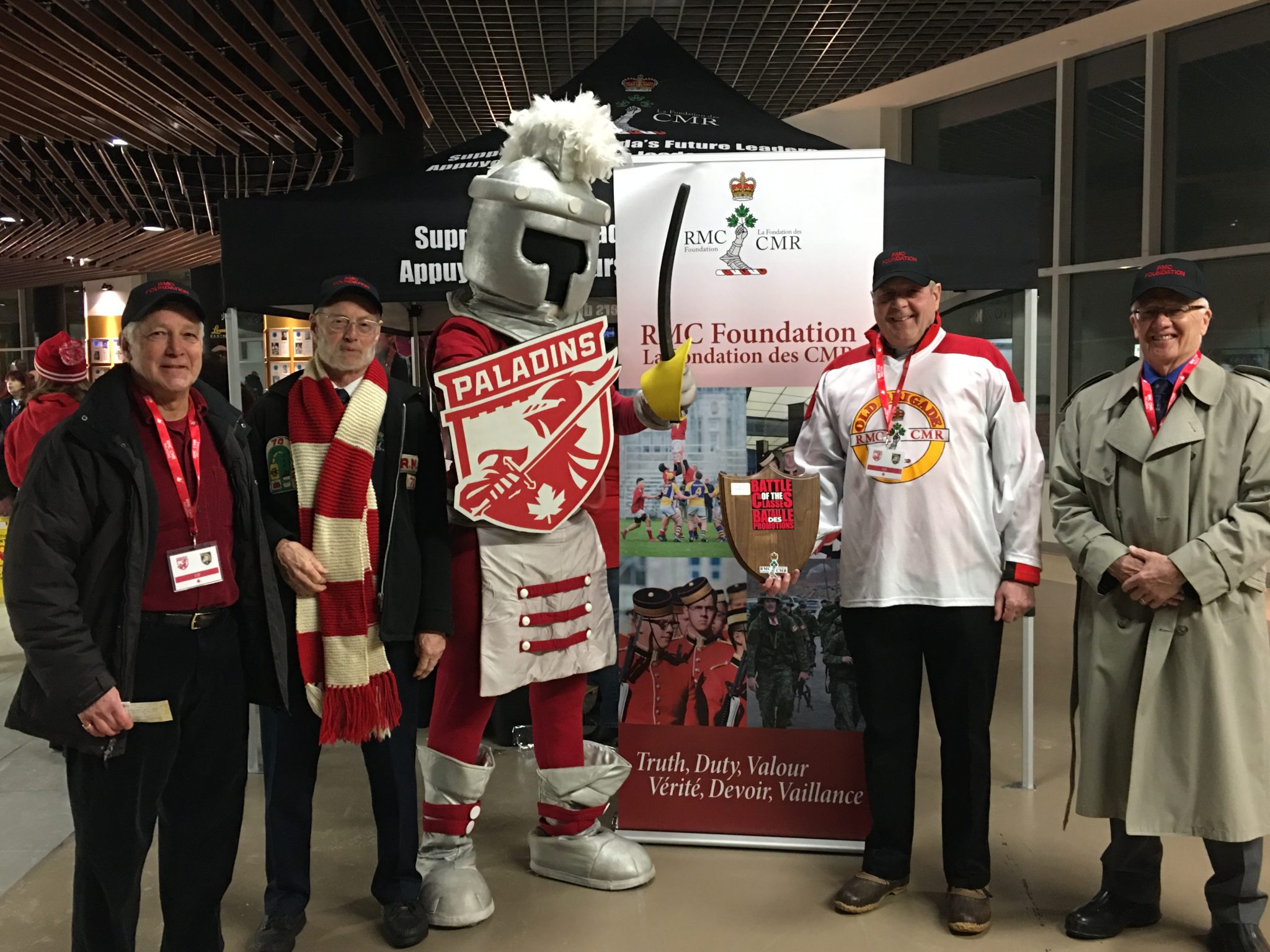