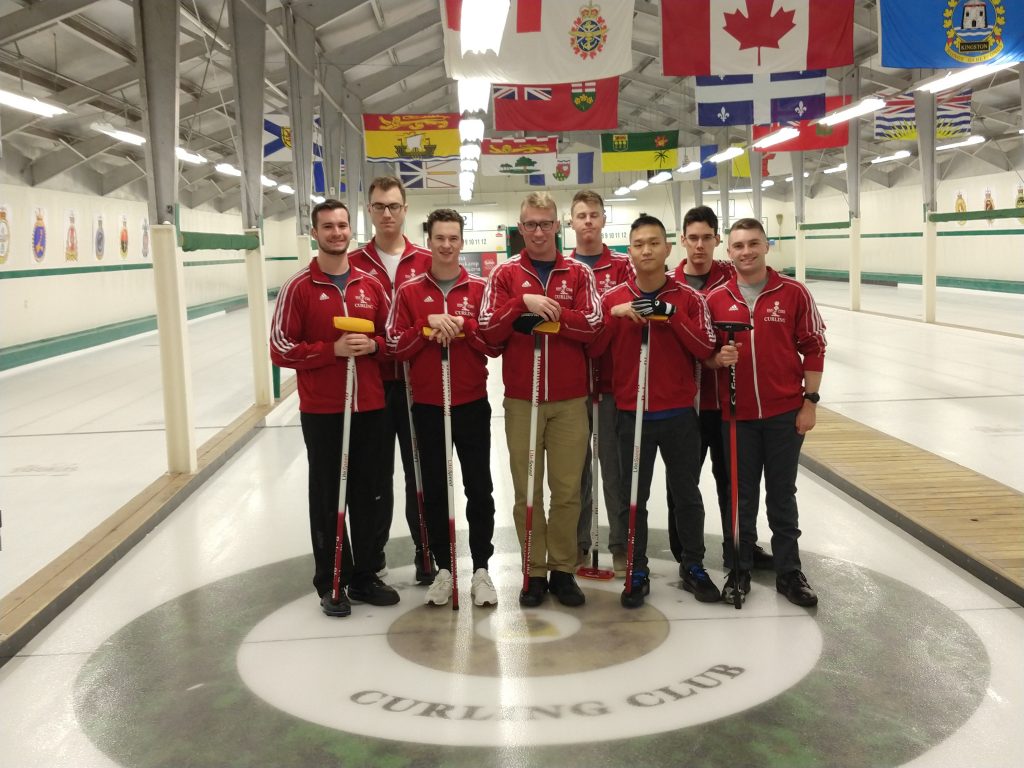 Comprised of both active and retired members of the Canadian Forces the members of the Garrison Curling Club have a considerable amount of experience curling. Facing off against the members of the Garrison League the RMC Curling Club have made tremendous strides in their ability and knowledge of curling. With RMC 2 in particular having gone from having several players with no curling experience at all to now being a strong contender for several of the other league teams. Click here to read more.

The RMC curling teams continue to be a well-known presence at the Garrison Curling Club and are looking forward to seeing all this years hard work payoff during next years curling season.

The RMC Curling Club would like to say thank you to the RMC Foundation for their funding, as without them all the progress made by our teams would have been impossible.­ – 28692 Chad Matthews, RMC Curling Club President

Your donations to our Truth, Duty, Valour Fund allow our future leaders to have a chance to experience competition and events that they are very passionate about, and will allow Officer Cadets to showcase their skills at levels beyond what they normally will have a chance to do. The experience gained during these activities contributes to the growth of the club, as participants can then pass on the skills learned to newer members of the club. The planning and execution of these activities aid our future leaders in developing their leadership capabilities, and gives them a break from the demands and stresses of studies and military training.