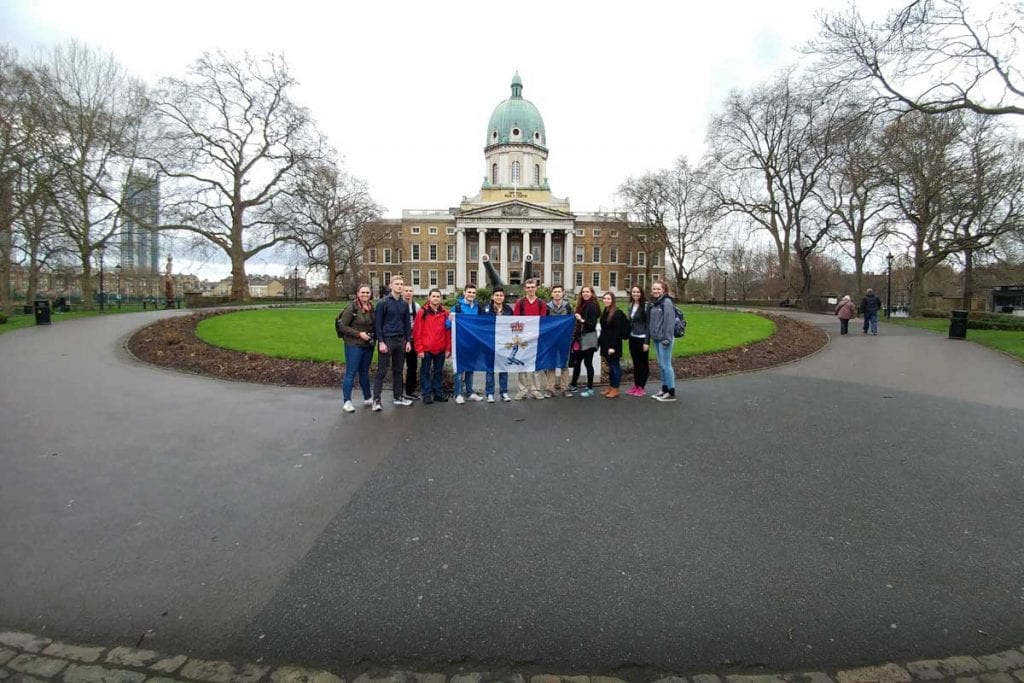 Since 2012, RMC Saint-Jean students have been participating in the study trip to London and Paris during the spring break thanks to a generous donation from RMC Foundation donors, and the generous support of the Corporation du Fort St-Jean.  This yearly cultural trip allows students to meet and experience the founding cultures of Canada.  Students have the opportunity to meet both the Canadian High Commissioner in London and the Ambassador of Canada in Paris. The program also includes visits to museums (British Museum and the Louvre), cultural outings to the theater, and meetings in military academies such as Sandhurst at the War School in Paris.

This trip provides students with a chance to gain further knowledge of the two cultures visited, as well as the economic, political and social capitals that are Paris and London. This trip contributes to fostering bilingualism through the development of second-language proficiency, and organizational skills for the students involved.

Your donations to our Truth, Duty, Valour Fund help us fund this $30,000 annual trip for the students of RMC Saint-Jean. 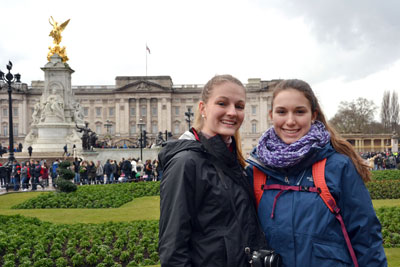 “We visited several museums and important historical sites during our week long tour of Paris and London including the castles of Versailles and Windsor, two landmarks of English and French monarchies.  The Hall of Mirrors (Galerie des glaces), most notably, left an indelible imprint on us,but the Louvre and the British Museum were also a source of wonder and amazing discoveries. It was an opportunity for us to see the famous Mona Lisa, but also many other masterpieces such as David’s Coronation of Emperor Napoleon I, the famous Victory of Samothrace, Vermeer’s Dentelière, Georges de La Tour’s Tricheur, and the Turkish Bath by Ingres.

With its outstanding representations of the French Revolution, the splendid collection of paintings by Delacroix allowed us to perceive and grasp the meaning of this crucial point in history with a deeper insight than any speech would have offered inside the classroom.

No doubt that for myself and the other Cadets on this trip, this trip of merely a week has been an unparalleled source of discovery and development; not only did it allow us to be exposed to the splendours of history and gain precious knowledge from the visits, but also it has given us an essential base for understanding both the history and culture of Canada’s two founding nations.”