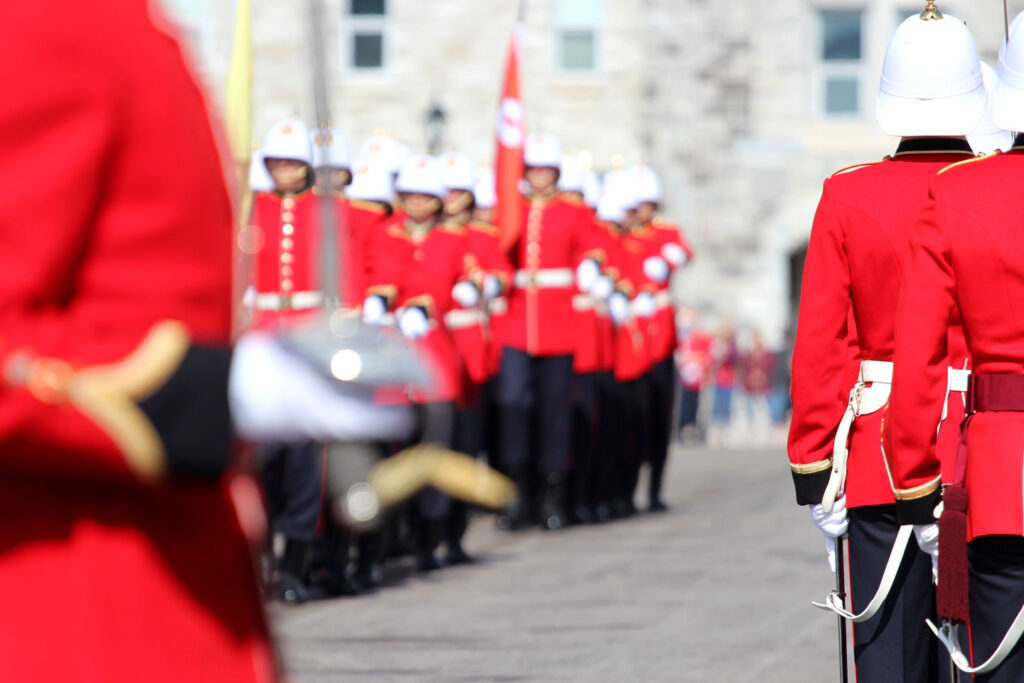 Last week, I turned over the helm of the Royal Military Colleges of Canada Foundation to 15946 Jill Carleton, RMC class of 1987, marking the end of my two year term as President.  It has been an absolute pleasure to work with our Board and staff, leading an unprecedented period of growth and succession of governance.

I have three messages to convey, and they speak as much to our successes as they do our path forward. Firstly, it’s important for the new generation of graduates and current cadets to understand the value proposition of the Foundation and the alumni Club, as we’ve been inadequate in delivering this message. As cadets at the colleges, you see firsthand how donor funds support so many extra curricular activities that you do. However, the greatest value of our alumni network is one you typically won’t experience until several years after grad. There is no better example of this experience than to share mine with you. In 2015, Bob Booth (10080, RMC class of 1974), a corporate lawyer in Calgary and Honourary Counsel for the Foundation at that time, reached out and asked me to join the Board and lead the Foundation through a generational turnover at the governance level and build a plan for growth. I met Bob in 1996 and through our professional careers, Bob became a personal mentor of mine and when I started an energy hedge fund in 2010, Bob sat on my Advisory Committee and helped steer the growth of our business. So the ask from Bob to join the Foundation Board was an easy response – it was my turn to pay it forward, and moreover, an opportunity to give back to the colleges which set the foundation for my career in the private sector.

There are many stories like the one of Bob and I and it underscores the value of our alumni network. Some 25 years later, I find myself in Bob’s shoes, frequently receiving inbounds from alumns transitioning from the Forces and without hesitation open doors, help arrange interviews and watch our next generation have success.  Captain Eddie Kamps (23839, class of 2007) is a recent Calgary example – he had five job interviews in short order and is now a year into his Development Lead role at Suncor Energy.  This is the lifetime value of our alumni network, and I assure you, the Foundation and Club are working together to bring technology to the fore to redefine the way we interact as alumni.  Stay tuned, these are exciting times, so get ahead of the curve and become a member of your alumni organization.

My second message is that of the success of the Foundation.  Leadership of the Foundation was passed to me in September 2018 from Colonel Mike Houghton (6475, RMC class of 1965).  Mike’s final deliverable was to work with our Board and define a 5-year strategic plan for the Foundation.  We delivered that plan in the fall of 2018 and hit the ground running.  We put structure on our fundraising strategies, tailoring our approach to specific groups – alums, classes, corporations, set revenue objectives and promoted Nancy Marr to Executive Vice President, leading the day-to-day affairs of the Foundation.  The results are simply stellar – we have doubled the assets of the Foundation in the past three years!!  The sources of this growth are diverse, with all strategies paying dividends.  Our success has instilled a culture of engagement and accountability with our staff and Board, and this simply translates into confidence in executing the plan and continuing to grow. Although Covid has tempered inflows this year, our 392 donors thus far in 2020 underscore the resolve and commitment of our donor constituents, even in challenging times. We have a solid Foundation for growth!

My last message is that of governance.  The foundation of the Foundation is deeply routed in the contributions of the Classes of the 1960s.  This decade is by far the largest donor group at the Foundation, yet their contribution extends far beyond capital.  The 1960s alumni created the Foundation, established its by-laws and stewarded the business of the Foundation for decades. And I truly mean four to five decades. Very quickly after I joined the Board, I learned first hand the legacy of the classes of the 1960s and it was an honour to accept their legacy, instilled with pride and lead the generational turnover of the Board. Today, we have representation from 1960 to 2000 and have attracted skilled professionals that bring a solid fiduciary acumen to our Board. We are diverse in language, gender and last year we achieved a new milestone, adding a first independent director, Margot Naudie. Margot is a 25-year veteran fund manager on Bay Street and I have had the pleasure of working with her in that capacity for the majority of that time. She is not a graduate, however, her son is in third year at RMC, her late father was a graduate (3819, class of 1957) and her mother’s family, the Panet’s, have a legacy at RMC. She brings so much experience and knowledge along with Scott Treadwell (19987, class of 1995), providing oversight of the funds managed at the Foundation.

I want to extend a sincere thank you to the Commandants of RMC Kingston and CMR St. Jean, Brigadier General Bouchard and Colonel Pilon, for their commitment in fostering an excellent working relationship with the Foundation Board and staff.  We have strong alignment with our college leaders.

Lastly, I have had the privilege of working and getting to personally know Jill Carleton over the past four years.  She is a true business partner, critical thinker, problem solver, people manager and leader.  Jill has the unanimous support of the Board and alumni to lead the Foundation as our new President.  Congratulations Jill, we look forward to the next leg of growth for the Foundation and continuing our collaborative work with the Club and alumni.

Posted in Featured News and tagged Leadership
← Engage for 50: The Past, the Present, and our FutureTo the RMC and RMC Saint-Jean Graduating Classes of 2021 from the Foundation: I Have Confidence in You! →